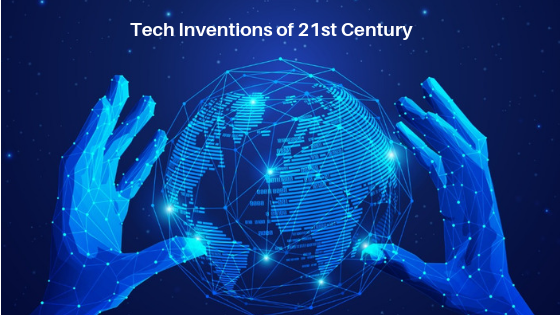 We are about to enter Two Thousand Nineteen, the last teenage year of this millennium. Team AblySoft decided to drive down the memory lane and see what all technological trends the world witnessed from the dawn of Y2K. We’ll get done with the first one right here because, well, it wasn’t’ all hunky dory in the beginning. Dotcom crash plagued the internet. Companies were going bust, companies telling about these crashes crashed; it was complete chaos.

But it was not all bad, for 2001 was about to witness something remarkable. Richard Stallman conceptualized an online encyclopedia. The idea was launched by Jimmy Wales and Larry Sanger, it was named Wikipedia, and today, this is the largest online encyclopedia known to man.

This happened 17 years ago, and as the years passed, we came across many technological marvels that shaped our lives for better. Let’s take a look at the years that were and things that happened:

2001 was an era when dotcom bubble burst and Wikipedia were the talk of the town, a time when Apple was also struggling hard. This was also the time when Steve Jobs introduced the world to a new kind of music technology. The CD killer wasn’t the first digital music player, but it was the first kind to work in tandem with anti-piracy movement.

2002: Bluetooth Headset and Lots of Confusion

The awake of 2002 brought us something remarkable. The Bluetooth that we used to transfer images among friends was now used to talk on the phone. And boy did it lead to awkward conversations.

Me: *practicing my “You Talking to Me?” in the perfect De Niro style*

Mobile phones just got introduced to a camera. A 0.2 megapixel camera was attached to some phones, and there was no flash in the beginning either.  The first mobile phone with a camera that we saw was the Nokia 6600.

2004 was the year when HDTV came into existence. Utterly expensive, but the technology set roots for higher picture quality. But it wasn’t just 1080P that made the difference…

We also saw Skype, a video calling technology that completely transformed the way we would talk to our friends.

The Maps that we follow with unflinching reliability wasn’t the same when it was launched in 2005. It had many glitches, but that’s how many great things start. Things keep getting refined and improved, and now we have Street View and Satellite view for a more realistic experience.

2006: The Dawn of Online Streaming

Before Netflix, there was Hulu. Launched on October 29th, we got the world’s first online streaming service. Available only in US, US territories and Japan, Hulu primarily focused on TV series and stream their current and past episodes.

What started as a side project named Project Purple 2 in 2005 soon turned out a trendsetter. iPhone, Apple’s all touch screen smartphone paved the path for all the smartphones we see today. 11 years down the line, we only grew fonder of the iPhone with each new model.

Weighing a mere 3.6 lbs. and just 1.11 inches in thickness, the Compaq 2710 tablet computer by HP became an instant hit. No other notebook company came close to this for years.

A small credit card reader with a 3.5 mm jack, Square became an instant success among small and local business owners. This technological marvel is the brainchild of Jack Dorsey, the co-founder of Twitter.

Bigger than a mobile phone but smaller than a PC, iPad allowed users to do all the major tasks on the go. From creating an email to creating designs, iPad took portability and functionality to a whole new level.

Chrome transformed from a web-browser to a Linux based operating system. With most of the key applications and documents stored in the cloud, Chromebooks are specifically designed to be the most efficient when connected to the Internet.

Because we always need more speed. Our internet should be faster because no speed is fast enough. The new Wi-Fi protocol had broader coverage area and offered faster speeds.

Proposed by Elon Musk, Hyperloop is a pneumatic tube transport concept that is believed to achieve travel speeds of 1200 kmph.

How do you take something amazing and make it even better, cooler and awesome? Apple had the answer. As a matter of fact, Apple always has the answer. Not just a smart watch, Apple Watch is a revolution that swept the mainstream with a tap on the dial.

And you just visualized Michael J. Fox riding his hoverboard, didn’t you? Hendo created the real version of the hoverboard. And although you can only ride it for 10 minutes, we do know hoverboards are possible.

The term became popular because BitCoin works on this. Better transactions and more security, blockchain isn’t chained to cryptocurrency anymore. The technology is implemented in the insurance and healthcare industries too.

It all started with Siri, then came Cortana, and now, Alexa is playing songs for us. Voice recognition has evolved to the extent that smart homes will soon be completely automated homes. Looks like Jetsons is about to get really real.

Smart gold clubs are helping a golfer improve their swing, AI helps drones maneuver better in races, and it’s just a matter of time when technology will enhance other sports in one way or the other.

Isn’t it wonderful how each year brought us something amazing? Wait, it we brought those changes, we are the amazing thing, right? We thought of new things and made something memorable every year, sometimes more than one great breakthrough in a year. That’s how we all should be. The millennium is about to enter its last teen year, and we believe it’s high time we raise it the right way. May the coming years be more amazing.